Framed Sumie. How to mount paintings


Mounting oriental brush paintings is a time consuming job and needs a lot of practice to get it correct. Having said that even the best days have their less than perfect jobs.  This is due to the fragile nature of the rice paper and the fact that air bubbles can get under the or between the mounting card paper and the rice paper and are difficult to remove sometimes.  However there are some tricks to it.

Here is a demonstration of the basics of framing.

This is the traditional way to back a painting. I have always done mine like this.


Variations in papers and glue

The only variation I have used is in the backing papers.

Usually my teacher suggested watercolor paper which is thick and stiff.

Over the years I found that wallpaper backing paper was very useful and also because it had a mould resistant element in the glue, however nowadays it is not easy to find.

The other element is the glue which I usually mixed myself using wall paper glue found at a paint shop.  This has a mould inhibitor as well usually in it.

The other kind of glue you can use is the aerosol kind found in art shops.


This is a video of another style of framing called dry mounting using silicone backed paper.

This technique can be traced to this URL ; Blue Heron Arts  and here Blue Heron arts dry mounting rice paper

Music is like a beautiful banquet. It brings people together to taste the heart of it.

Below is my teacher Guruji Dasbandu Sharma from Jullander in Hariana state. He was a very accomplished all round musician who played on All India Radio regularly.  He had a school in Upper Dharamsala near the Khadi shop upstairs and it was a honour to learn from him.

He treated me as one of his own and daily after class we would eat especially made parathas or parontas (HP vernacular) chappaties with vegetables stuffed from his favorite chapatti wallah.  He was held in high esteem by the local community for his musical abilities even though he had a weakness with the dreaded drink later in his life.  He was a very passioinate man who one could feel music ooze out of him.

With him is a friend from Spain Jose who learnt sitar at the same time as I studied tabla.

After he gave me some new kaida to practice he often sat back on his sofa and seemingly fell asleep but as soon as I made an error in my practice he quickly arose and berated me gently.

Occasionally we ate at his home and he cooked parontas and each time he left some food for the birds as he said if one does that then good fortune would come. In 1980 I was there in the town for 6 months getting a grounding in tabla. 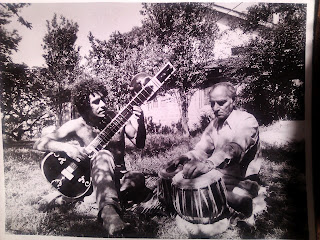 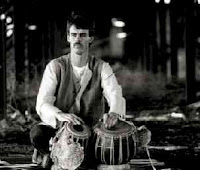 Below is my teacher and friend Madhu Sudanan from Madras who plays Tabla and South Indian drums.  Madhu played in the Sruti Layer percussion group Pandit K Iyer. He was a great teacher and real honest human being and made me a part of the family while I was in Madras. 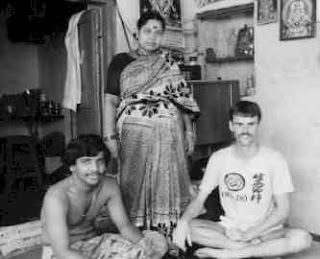 This was my teacher in Melbourne Debu Battacharya 1985.  He had a group of young tabla heroes who were eager to soak up this musicians energy in Melbourne who loved everything oriental and Indian at the time.  Debu and the group Tabla Tarang had large plans at the time to conquer the world music scene as we all do when when we are young and silly.  The good thing about the group was getting to know the other students too. Back left is John Downes a famous cook / baker in the natural food scene and an author of food books.  Bottom right Simon is a Iyengar Yoga teacher in Melbourne now. 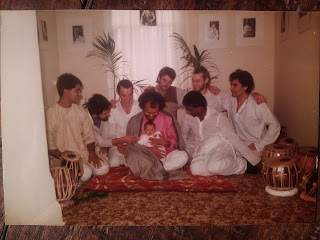 Below is Nazneen right side (at Flinders Uni music centre)a beautiful singer from Bangladesh.  She and I often played with the Bangla community in Adelaide and at other fold events.  She was a singer who sang light classical classic, gazals (love songs) and light classical music.


Rishikesh
I was studying in Rishikesh with a teacher named Dinesh and he was ready to wed his German lady. Well due to my handsome appearance I assume he asked me to be the best man at the show.
We arrived at this huge Hindu temple complex nea Hardwar which did weddings and were all ready at 7am in the morning to go through the elaborate ritual which lasts for hours when the monk arrived after some delay to say that they cant do the wedding ritual because the bride is not Hindu.

So in great indian style Disnesh knew of a brahman who had a little corner shop who basically sold biddies a local tobacco and washing powder. He agrred to do the wedding straight off for I supose half the price less the elaborate setting and away we went. About 6 hours later the deed was done. 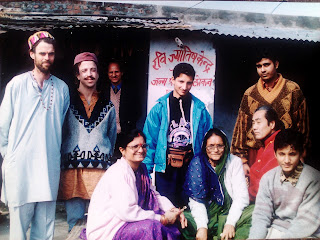 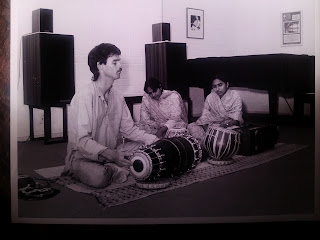 Below is my good friend Dang Thao Nguyen.  Both Tao and I played with Dya Singh from time to time in the early days and Thao toured in Asia with Dya. Thao came to Australia after spending 2 years in prison in Vietnam for being a musician.  He was one of the leading popular and classical musicians in South Vietnam. So when I am with Thao we don't talk about communism for obvious reasons. Thao and I were in the Bamboo Ochre band and toured all over including to National folk festivals. He has such a warm heart and is able to entrance a crowd in seconds when he is on a guitar or Zither (Dang Trang) Apart from being a talented musician he has a masters in musicology from Adelaide uni. 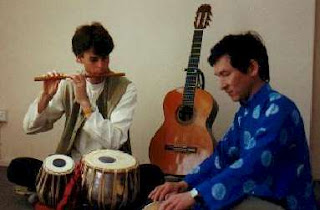 Below is Kanhaialal Chaturveddi a Brahmin musician singer from Bombay with whom I had the great honour of playing with when I worked in Muscat teaching in 2006.  K has an amazing charm and feel for music and is a natural temple musician, full time.  He encouraged me and was very giving in his music and we became like brothers.  The only think thing he was slow in washing his dishes at the flat he shared with other Indians (just joking) cos his wife was away still in India.  We played daily in the temple sometime 3 times a day while he was there on and off with a strick routine as the diety  Krishna was open for viewing or Darshan.  There were throngs of people who came via the temple in Muscat and on special days there could be 5 of 10000 worshippers. K has the greatest of hearts and could charm the tusk off an elephant.

Oman would not have been the same without the Kanhaialal and the friends at the Krishna temple. They showed me the word warmth and welcome and I will never forget. One day I hope to meet him again in India or the Middle East, inshallah.

click Krishna Temple to see a puja or ritual at the hall behind the main temple on youtube. Most weeks there were seminars and festivities associated with the Sth Indian Community there. It doubled as a community cultural centre. Here is the temple itself  inside. 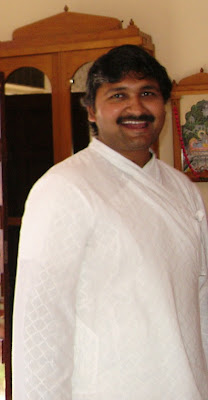 This is a recording from a home music occasion where the Gujarati family paid homage to their diety and praised it for blessing them.  The final song was sung to lord Shiva I believe but stand corrected by the Mataji grandmother of the family and was particularly touching. Kanhaialal sung and played harmonium and I played tabla and a Gujarati played noll a temple drum.  the tabla is mostly not picked up due to the nol but it was a great time.


Below; Terragonwa Dreaming was a trio in Adelaide made up of Andresh an accomplished classical guitarist from Hungary and Phillip a Tasmanian indiginous musician on saxaphone and didgeridoo.
We played around town and did a lead up intro at the Adelaide art centre for Paco Pene.   We did a nice demo recording also after a grant from Arts SA. Below at Adelaide Arts Centre. 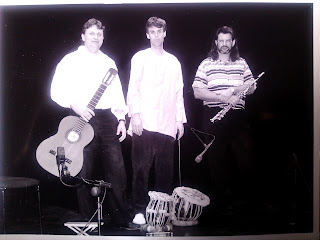 - Into the ancient future mist

And of course we cant forget Dya Singh and family. Dya was well known in th Sikh community for his singing in the temple and branched out into the local scene via the SA Folk society as Keith Preston a guitarist/ bazouki player in the band was a leading organizer.  Dya has a beautiful gift for music and can mezmerize anyone around him but always have a second job if your working for him. Dya is a charming man whose full time job in Adelaide was as an accounts man.

The first time Womad was in SA they put the band on the bill but screwed up the timing so we did not get to play...shame would have looked great on my CV (tongue in cheek). I often remember going out to Belair in the fog in my BMW and practicing with Dya before a gig on the week end and well it, the music always had altered by Sunday and was a nightmare keeping up with "Da Man"

I took life far too seriously in my young days and learnt a great lesson here in that it doesn't matter what people think about you just follow your passion.

The really good thing being in the band was to play music with Cris Finnen a fantastic blues and roots guitarist who played for Mat Taylor and many other bands.  Cris is a thru and thru musician who lives and breathes it day and nite. 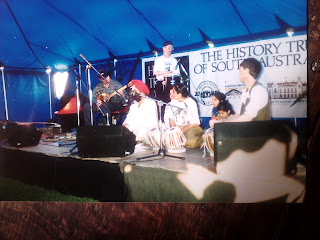 Akta Jahan is a Bengali classical singer and this is a link to a Adelaide Uni radio show we did one Saturday morning on a World music show. Rabindranath Tagore was a musician writer and poet who influenced the independence movement and Indian Nationalist wave in India as well as being a strong Bengali cultural advocate. Here Akta sings from his repatoir. 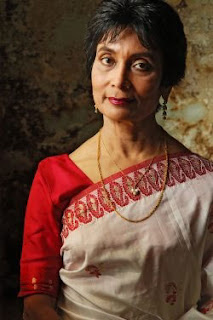 Posted by Gerard Menzel at 03:11 No comments:

The sage Bharata wrote a treatise on the arts.  Listen to why and how Indian music is framed.

Music is about a personal journey into the spiritual life also and joy.

For a brief summary watch this video

Posted by Gerard Menzel at 21:11 No comments:

Maharaj on the BBC then ABC Encounter 1996

You can hear the BBC documentary on how the teachings and insights of Baba Virsah helped people transform their lives via farming and spiritual ideas.

This recording was first mad by David Craig from the BBC in 1986 then replayed on ABC radio Encounter.

It is called "The Desert Shall Blossom!

It tells how one can farm using the intuition of love and later how people were helped and transformed by Baba Virsah Singh into transforming their minds with love as the heart.

For more on Baba and his life go to www.gobindsadan.org


The story says it all just sit back and listen.
Posted by Gerard Menzel at 19:31 No comments: