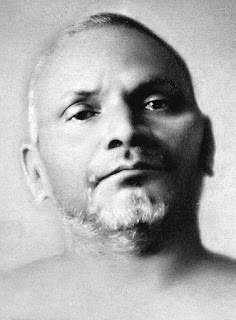 In 1991 I made a visit to Ganeshpuri to study Siddha yoga with Gurumayi via Bombay and the Mahabharati sangeet tabla music school with teacher Nayan Ghosh son of the famous Nikil Ghosh.

I was given the job of teaching tabla at the ashram to kirtan musicians by the day.

It was an odd situation that I found myself in as on the first day of my arrival Gurumayi was at darshan where devotees hear a talk, and various matters are discussed to name a few possibilities when she became irate at the head organizers for not procuring a tabla teacher at the ashram and threatened to fire them if they did not come upon one forthright.

Henceforth I stepped forth and bingo !!!!! I had a job. A job far more interesting than doing dishes or sweeping floors or cleaning toilets.  I must say non or the latter are beyond sadhana and are infinitely
useful of course for liberation from the ego, nonetheless I began teaching.

As it turned out I began playing music with a shakuhachi player from Japan some evenings who liked to improvise but only got once to play in the main bajaan room because of the stiff competition for the music roles. And I mean fierce. There was a nice African American drummer who played pakawaj a 2 sided long drum from Nth India and he was not about to leave his station in a hurry.

After some weeks of meditation and teaching I began to walk outside the ashrm during the day and visit the local eateries near the ashram. There was a western restaurant for cashed up Americans  and an Indian basics kitchen on the ashram to cater for the locals. The latter was not flash but fed / kept the blood circulating.

There were local cafes just outside the main gate and down the road and as I was used to local Indian food in all my years of travel I did not have the fear of death by eating like the fly in fly out westerners.  They were given horror stories by other sannyasins about India and most of them never left the ashram for Bombay or anywhere in India. They literally flew in from the airport and to Ganeshpuri.

During the afternoons I would walk to the Ganeshpuri village and then to the mandir of Nityananda.
It had a huge drum in the corner and was filled by a sublime atmosphere.  Just to go there and sit was uplifting.  One could feel the subtle vibration of the gurus bhakti there palpably.  It was sad that the students were put off from discovering Nityananda's village and local India, the real India.

Having tasted the beautiful aura of this guru I was touched by a majestic presence.  Whenever I see his image I feel the magnitude of his grace.

Not long afterwards a friend visited the ashram and told me of Baba Virsah Singh and within a week I was in Delhi and sitting in front of my teacher and in the midst of profound change in my life. I am forever grateful.

Posted by Gerard Menzel at 22:19 No comments:

When I have gone to India I oftentimes have the opportunity to see a classical music concert.  When I was in Adelaide I got interested in classical singing as I accompanied Manik Panvelliwallah a classical singer in many concerts in the community there.

Singing is a meditative tradition as music and ragas in Indian music are connected to the Gods and devotion.

Here is a link which will illustrate the basics of this ancient tradition.

Ramakant Gundecha is one half of the Gundecha Brothers, the foremost practitioners of dhrupad, an ancient form of Indian vocal music. After I attended a weeklong workshop with the brothers, Ramakant was kind enough to sit down with me for a short conversation about the origins of dhrupad, their lineage, singing as meditation, how Westerners and non-musicians can benefit from practicing dhrupad, and the mystical meaning of the syllable AH.

Posted by Gerard Menzel at 22:16 No comments: 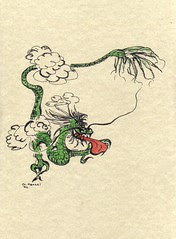